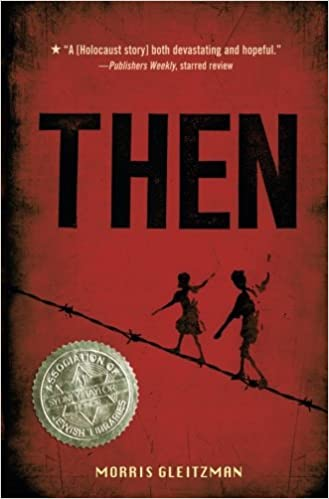 Five-star review of Then by Morris Gleitzman

The story of Felix and his six-year-old friend Zelda continues in this novella, only now they’re calling themselves Wilhelm and Violetta (after the characters in the Richmal Crompton books they both love). He’ll do anything he can to protect Zelda. A woman named Genia takes them in and tells everyone they’re her orphaned niece and nephew. Felix is now more aware of what’s happening all around him, but still makes naïve assumptions about people’s motivations. He’s growing up and it’s reflected in his voice. The ending of this book might be hard for younger readers but it’s an important book for pre-teens to read. On to the next story in the series.