The latest duology by the author begins with the story about Elsie Camden, a spellbreaker or rather spell unraveler in a late 19th century England where magic is real. She’d been left by her family with strangers, sent to the workhouse, worked in service for one noblemen and finally ended up working for a stonemason as a kind of secretary. She receives letters from someone she calls the Cowls that imply that the spells she’s asked to unravel will help the poor. In the process of unraveling one, she’s caught at it by as aspector or spellmaker. The story takes off from there. It may not be as exciting or original as most of Holmberg’s work, but I enjoyed it. I’ll look for book two when it comes out in 2021.

Posted by Joyce Hertzoff's Fantastic Journeys at 8:47 PM No comments: 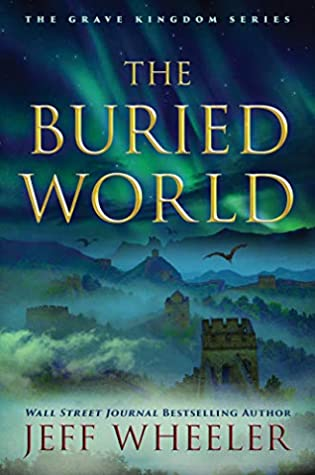 In the second book of the series, Bingmei’s adventures become more intense as she fights against the will of the evil Echion, the Dragon of Night. Many members of her ensign are there to assist her and so are a few former enemies. But she realizes she must fulfill her destiny as the Phoenix-Chosen. Filled with action and suspense, as well as excellent world-building that relies on Asian influences, this book is clean enough for even early teens to read. I’ve already purchased book 3 in the series and will start it soon.

Posted by Joyce Hertzoff's Fantastic Journeys at 8:49 PM No comments:

This begins with a longish story within a story about a boy writing down the history of Jason Worthing and his descendants. Snippets of the boy’s own story are interspersed with the history told to him by telepathy. Many interesting characters populate each. This is followed by a compilation of shorter stories that involve some of the people in the history. Running through it all is the use of somec, a drug that allows a person to sleep for a time dependent on their wealth and position, thus ‘prolonging’ their lives. But they aren’t really living during the time their asleep. Their memories are extracted and kept for them and then reintroduced when they wake. The use of somec allowed interstellar travel, which seems to be the only good use. Card’s writing was excellent as usual.

Posted by Joyce Hertzoff's Fantastic Journeys at 2:04 PM No comments:

The second book in the After War series is bloody, violent and very unlike the first book in the series. I had a hard time reading about atrocity after atrocity committed by a group determined to control all of the United State. A large part of the book covers the efforts of Karl and his group to capture the town of Alice. I gave this three stars because the writing is very good; otherwise, I would have given it a one or two star review.

Posted by Joyce Hertzoff's Fantastic Journeys at 10:53 AM No comments: