Savich and Sherlock are on the case again, this time after one of the Supreme Court Justices is murdered in the Supreme Court Library. This time, they are aided by police detective Ben Raven and reporter Callie Markham, who’s also the step-daughter of the murdered man. The suspense is riveting as one after another, the Justice’s law clerks are killed too. The side story involving Savich seeing the ghost of a woman dead for decades detracted from the main story. And I still want to know which of the women was the lover of the mass murderer who killed the Justice. This was much better than the historical romance written by the same author.

Posted by Joyce Hertzoff's Fantastic Journeys at 8:05 PM No comments: 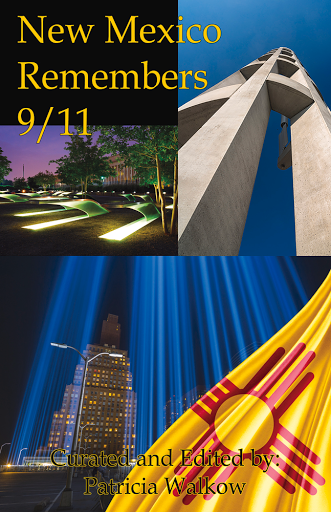 This anthology includes poetry and prose from current New Mexico residents recalling where they were on 9/11 and what the events that day mean to them. Whether they were in New York, Washington D.C. or somewhere else, they each have a story to tell. Whether moving or funny, the reminiscences are all well-written. I didn't rate this since I have a story in it.

Twist is a small Londoner who has a gift that allows him to repair anything mechanical. He's hopeless around real people. When he's whisked away in an airship, powered by steam and hot air balloons, his focus is on finding a clockwork princess and bringing her back to life. Along the way, he has adventures and meets a strange collection of people. He finds the only one who can touch him without disasterous consequences is Jonah, a young man whose gift is the ability to see the future of anyone he looks at. The two form a connection. This steampunk novel, the first of a long series, was a quick read. The writing is good, the characters and situations interesting. I'll read more about Twist.

Posted by Joyce Hertzoff's Fantastic Journeys at 6:10 PM No comments: 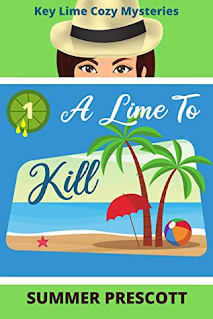 Four-star review of A Lime to Kill by Summer Prescott

The murder didn’t happen until 45% into the story, but I enjoyed reading about Tiara’s decision to help her mother Marilyn run her key lime pie store in Key West. The characters were fun. Marilyn, the narrator of the story, was especially well-rounded. There were enough hints about her and her daughter for me to know this series has a lot to explore. I’m not a particular fan of cozies or romances, but I’ll be happy to read more about them and their delicious shop. And the recipes included at the end were an added bonus.

Posted by Joyce Hertzoff's Fantastic Journeys at 7:53 PM No comments:

This dystopian YA story grabbed me from the start and carried me onward. A true page-turner. The mayor’s daughter is kidnapped from a walled city of spires and towers. She finds herself in the wastelands near the salt mines where another teenaged girl, the one named Ari, toils and lives. The two set off together to get back to the city, encountering numerous perils, both natural and man-made. The author avoided going for the expected happily ever after ending for both girls. I’ll never doubt an author’s tweet about her book again. I’ll look for more by this author in the future.

Posted by Joyce Hertzoff's Fantastic Journeys at 9:11 PM No comments:

Five-star review of The Secret Servant by Daniel Silva

A page-turning thriller about the role an Israeli spy and art restorer, Gabriel Alon, plays in the rescue of the daughter of the American Ambassador to England after she is abducted by a jihadist group. The story takes place in England, Holland, Denmark, Egypt and Israel. This is the seventh in a series but the first I’ve read, yet I didn’t have any problems following the interaction among characters who obviously took part in earlier novels. An emphasis is made on the fact that the growing numbers of Muslims throughout Europe include members of radical groups.

Posted by Joyce Hertzoff's Fantastic Journeys at 8:38 PM No comments: