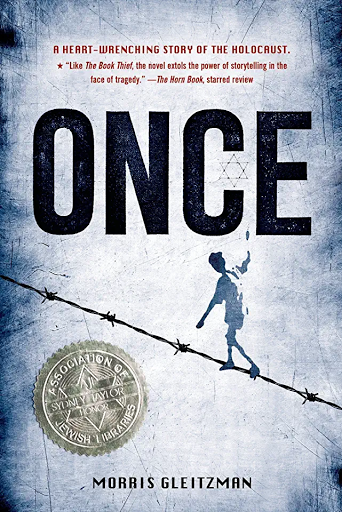 Five-star review of Once by Morris Gleitzman

This is a sad story but also a funny one because it’s told from the naïve viewpoint of ten-year-old Felix, the son of Jewish bookstore owners in Poland who was left in a Catholic orphanage three years and eight months before. He interprets all that’s going on around him in terms of his life with his parents and is desperate to get back to them. His voice is one of the strong points of the book. It’s 1942 and he doesn’t understand why three men in suits come to the orphanage and burn books. His descriptions of everything that happens to him is so poignant, because we don’t have to be told what’s really happening. This is a wonderful book for pre-teens and younger teens. Highly recommended for everyone. I’m eager to read the sequel.